by Evan B. Howard

Are you celebrating Halloween this year? Will you dress up your little ones in fancy costumes and parade around the neighborhood, offering your friends that odd greeting, “Trick or treat!”? Will you watch a scary movie? Perhaps you will skip all the vampires and have a “harvest party.” Will you decorate your house with carved pumpkins, corn stalks, or spiders’ webs? Why, or why not? To address a question we usually raise around Christmas: just what is the “reason for the season”?  In this column, I’d like to set a few things straight regarding Halloween. And then I’d like to offer a suggestion for celebrating the season.

It has been said of late that Halloween is really a pagan celebration, going back to the pre-Christian Celtic festival of Samhain, marking the end of the harvests and the beginning of winter. The sources which tell us about this festival go back to the tenth century. Samhain was indeed an important celebration in the Celtic lands. Whereas spring and summer were times of the emerging of life, the close of autumn and the start of winter were a times to recall the end of life. Samhain was, in one sense, the Celtic New Year. The festival of Samhain was a gateway-moment when beings from the Otherworld were particularly likely to visit with human beings. And you can read of various connections between the ways in which Celts celebrated the festival of Samhain and our Halloween traditions today. 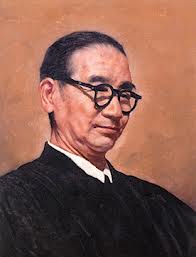 The word Halloween is a simplification of the phrase “All Hallow’s Eve,” identifying the evening before All Saints Day. All Saint’s Day was the day, in the Christian Church, when believers remembered particularly honorable friends (often believers who had died for their faith). Later the day was used to recognize those special believers who were not honored on other days. Since Jewish and Christian celebrations often began the evening before that day (with a time of vigil or reflection), the “eve” of All Saints Day was considered to be part of the holy-day. Whereas we read of Samhain in tenth-century texts, reference to the feast of All Saints appears as early as a fourth-century sermon of St. Ephrem the Syrian. In the same century St. Chrysostom assigned this feast to a particular day, the first Sunday after Pentecost (early summer). The Eastern Church observes All Saints on this day even now. We find record of the Western observance of All Saints on November 1 in the eighth century, who dedicated on that day a chapel in the basilica of St. Peter’s in Rome to “All the Saints.” Needless to say, the observance of “All Hallows Eve” is at least as ancient as that of Samhain. The two separate festivals of remembrance of the dead developed separately, each with their own perspectives and traditions.

Christianity made its way into Celtic lands after the fifth century (but that is a story for St. Patrick’s Day). As Celtic Christians sought for ways of communicating and celebrating the Gospel among their people, they used elements of their culture. The shamrock became an image of the Trinity, the image of the Celtic wise man helped locals understand spiritual leadership, and their festival of Samhain helped them to understand something of what All Hallows Eve was all about. Needless to say, as with any cross-cultural communication, clarification was necessary. For example, rather than telling the stories about the need for child-sacrifice offered to the god Crom Cruach, Celtic monks would emphasize the sacrificial life of the Christian saints.

As can be expected, elements from these two cultures influenced each other over time and interacted with other cultural forces, developing into a holiday unlike either Celtic Samhain or Roman All Saints Eve. Thus, for example, the tradition of poor folk traveling from house to house, receiving food in exchange for prayers offered for the deceased (“souling”) was neglected as people moved from England to the New World. In America we ask for treats or offer tricks.

When our children were young we used Halloween as a way of teaching our children something about Church history. We told our children that Hallows Eve (October 31-November 1) was a day to remember holy people, Christians who did good things to make Jesus known in the earth. Each year we would choose a figure to study during October. Martin Luther, Francis of Assisi, Teresa of Avila, and others served as models of devout faith for our children. We would read something of their life and works during the month of October. Then on Halloween we would dress up in appropriate costumes, have an authentic meal and celebrate that person’s life. It was our way of celebrating All Hallows Eve like we thought it was meant to be observed, while still honoring our childrens’ desire to do some of things that were natural to our culture.

Are you celebrating Halloween this year?