About Evan B. Howard 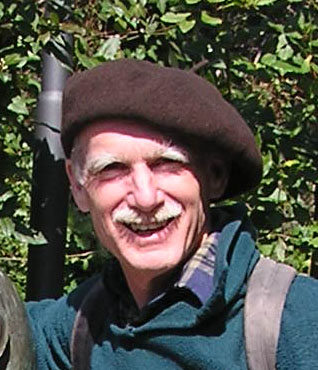 B.A. in “Understanding the Individual and Society” (a philosophy/liberal arts related Area of Concentration), Whitworth College, 1978.

Founder/Director of Spirituality Shoppe: ; Montrose, CO. 1996 to present. As part of my work with Spirituality Shoppe, I have led numerous  Schools for Conversion with New Monastic communities, have spoke for and consulted with various missionary orders and similar groups, and have served in large summer gatherings such as PAPA Fest. See About Spirituality Shoppe for more information.

Instructor in Christian Discernment: Center Quest: An Ecumenical Hub for the Study and Practice of Christian Spirituality. 2014-2017.

Faculty in History of Christian Spirituality for the Diploma in the Art of Spiritual Direction Program: San Francisco Theological Seminary; San Anselmo, CA. 2001 – 2008; 2014-2016.

Co-taught a class on Monastic Wisdom at Wheaton College. with Jim Wilhoit, Tom Schwanda, and Lauren Winner. February of 2008.

I have been a member of Renovaré since its beginning. Likewise I am a founding member of the Society for the Study of Christian Spirituality and Spiritual Directors International. I am also a member of the Evangelical Theological Society. I am on the editorial board for the Journal of Spiritual Formation and Soul Care.

Cheri (my wife) and I have been exploring semi-eremitical life in a high desert setting from 1998 to the present.

I have had the privilege to help start a Christian Meditation Center in Goa, India to lead a set of teachings on St. Francis of Assisi and the Franciscan tradition in Assisi, Italy, to teach on early African monasticism in Cairo, Egypt (spending time in the monasteries there), and to lead a retreat on sustainable spirituality for a missional community in Caracas Venezuela.

I was on staff at San Francisco Vineyard Christian Fellowship and was studying Jonathan Edwards and Christian discernment during the “Toronto Blessing.” There had the chance to interview many people during a unique season of outpouring. 1994-96.

Cheri and I wrote our first monastic rule in Chicago, 1981. We’ve been experimenting with monastic rules ever since.

I have also done urban ministry in Spokane, Washington and San Francisco. I now consult with groups in inner-city settings.

Came into the Christian faith through the Jesus People Movement. 1971.

(with links to a few sources; see also Resources on this site, especially my “Old Monastic Wisdom for New Monastic People“)

“Is Thoughtless Prayer Really Christian? A Biblical/Evangelical Response to Evagrius of Pontus,” in Journal of Spiritual Formation and Soul Care 7/1 (Spring 2014): 118-139.

“Beneath the Plan, Beyond the Call: The Practice of Discernment and the Mission of God,” in Catalyst: Contemporary Evangelical Perspectives for United Mdethodist Seminarians, posted online on 3/5/2014.

“The Schools of Spirituality” in Reading the Spiritual Classics: A Guide for Evangelicals, edited by James Goggin and Kyle Strobel and (Downers Grove, Ilinois: InterVarsity Press, 2013), 63-78.

“Lectio Divina in the Evangelical Tradition” in The Journal of Spiritual Formation and Soul Care (2012).

“Formed into the Beauty of God: Reflections on Aesthetics and Christian Spirituality” in the Ogbomosho Journal of Theology XVI (2011). Sponsored by the Nigerian Baptist Theological Seminary in Ogbomosho, Nigeria.

Essays on “Experience” and “Mysticism”; Articles on “Dominic,” “Dominican Spirituality,” “Petition,” “Nicholas of Cusa,” “Devotio Moderna,” and a co-authored article on “Church” in the Zondervan Dictionary of Christian Spirituality (Grand Rapids, Zondervan: 2011).

“Advancing the Discussion: Reflections on the Study of Christian Spiritual Life,” Journal of Spiritual Formation and Soul Care, 1/1 (Spring, 2008), 8-26.

“Review” of Stan Grenz, The Social God and the Relational Self for Pneuma: The  Journal of the Society of Pentecostal Studies 25/1 (Spring, 2003).

Affirming the Touch of God: A Psychological and Philosophical Exploration of Christian Discernment (Lanham, NJ: University Press of America, 2000). [Publication of my doctoral thesis]

Praying the Scriptures: A Field Guide for your Spiritual Journey  (InterVarsity Press, 1999).

Feeling, Knowing, and Spirituality: The Influence of Approach to Affectivity within Cognitional Theory upon Theoretical Spirituality as Observed in the Thought of Bernard Lonergan  M.A. Thesis, Gonzaga University, 1989.